That’s a very serious answer. I thought that (1) there was a second monster boom, (2) Chunichi Dragons stopped the Yomiuri Giants from winning the V10, and (3) “Oyoge! Taiyaki-kun" was a great hit. 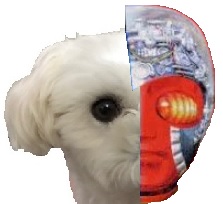 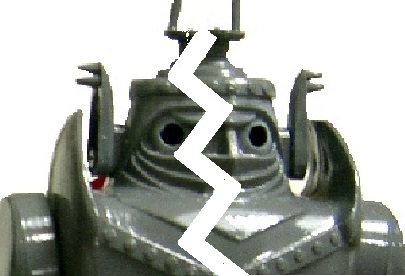 This is why I hate talking to a low-level robot. I’m sure he can think of at least (1) the Yodo hijacking (March 1970), (2) Yukio Mishima’s suicide (November 1970), and (3) the Asama Sanso incident (February 1972). First, let’s talk about the pollution. When we were in elementary school, we were tormented by the photochemical smog. Often, physical education classes were canceled, and in the worst case I saw a flock of sparrows unable to fly. Also, my father once brought home some real sludge from work, and I almost fainted from the smell. There is a theory that “Hedoro" (sludge) is a compound word of “Hedo" (vomit) and “Doro" (mud), and I think it is probably correct. Pollution had become such a social issue that even children’s works like “Godzilla vs. Hedorah" (1971) and “Space Apeman Gori" (1971) addressed the issue.

It was a time when there were no proper environmental or emission standards, so the pollution must have been terrible.

It was also a time when we were munching on sweets containing sodium cyclamate (an artificial sweetener that was banned in 1970 due to suspicion of carcinogenicity) and were using mercurochrome (banned in 2020 to prevent environmental pollution because it contains mercury compounds). Then there was the oil crisis (1973), and I remember going to buy a vinyl tape and coming back disappointed because I didn’t have enough money due to the sudden price hike. This was also the time when the price of plastic models went up and I couldn’t afford them with my pocket money.

I heard that toilet papers have disappeared from all over Japan.

There have been several tragedies around me due to the disappearance of papers from public toilets. A friend of mine who went missing while watching a baseball game stayed in the bathroom that was out of paper for almost an hour until I noticed and rescued him. There were no cell phones in those days. My father also once sacrificed his underwear to come home when he realized there was no paper after he completed his business in the bathroom.

Let’s talk about the “Osaka Expo" (official name: Japan World Exposition, also known as EXPO ’70, held from March 15 to September 13, 1970). My family lived in the Kansai area, so we went there four or five times.

How did it go?

Because such a world-scale event was held at a time when there was no Tokyo Disneyland, no Universal Studios Japan, and overseas travel was a dream come true, the whole country was filled with excitement. I also went to the subsequent “Tsukuba Expo" (International Science and Technology Expo, 1985) and “Aichi Expo 2005" (2005 Japan International Exposition), but the Osaka Expo was two or three times the size of those expositions in terms of venue and number of visitors, so there was no comparison.

What are your memories of the Osaka Expo?

Highlights for me were “The moon rock" at the America Pavilion, “The space rockets exhibit" at the Soviet Union Pavilion, and the film of “the Circhroma (circle + chroma)" at the Mitsubishi Future Pavilion, which was directed by Eiji Tsuburaya and became his last work. Waiting for a couple of hours to get into those popular pavilions was the norm, and I remember people around us collapsing one by one in the mid-summer line. I also remember that a Red Army man secluded himself in the eye of the “Tower of the Sun," and that the eye was not lit at night (later it turned out that the man had nothing to do with the Red Army group (1)).

What does the Osaka Expo mean to you, Professor?

The entrance fee was 800 yen for adults at a time when the starting salary for college graduates was 39,900 yen (according to the Ministry of Health, Labor and Welfare). (1) If we convert this into a starting salary of 213,000 yen in 2021 (according to the Institute of Labor Administration), the fee would be 4,270 yen, which is unexpectedly high. I’d like to thank my parents for making the effort to take my family of four there, as it was definitely the beginning of my belief in science. Not only me, but I think Japanese people who were in the middle of the high growth period saw great dreams and hopes for the future in such exhibits as moving walkways, wireless telephones, videophones, and linear motor cars.

You also seem to have something to say.

I’m not interested in expositions that are held for the propaganda of political groups. This also applies to the Tokyo Olympics, but I would just like to say that we should not have the same event in the same place. An event without a cause cannot exceed the previous one. EXPO’70 made a surplus of 19.5 billion yen for the first time in Expo’70 history (3), so from a taxpayer’s standpoint, I hope that the Expo 2025 will at least not go into the red.

Left: America Pavilion (1): The first cable-roofed air dome structure in the history of architecture. Major axis 142m, minor axis 83.5m. The glass fiber roof was inflated with compressed air (3).
Right: Moon rock (2): Open to the public for the first time. One grain was worth hundreds of millions of yen at that time. In addition, the actual Apollo 8 lander, a large model that reproduced the crater of “Mare Tranquillit," and favorite items such as Babe Ruth and Ty Cobb were also exhibited (2).

Left: Soviet Union Pavilion (2), Middle: From the sky (1): The Soviet Union Pavilion had the largest number of visitors. The height was 110m, which was the highest at the venue (3).
Right: Exhibit of space development technologies (2): Real objects and models such as Sputnik, Soyuz, and Vostok were exhibited. Other exhibits included Lenin, the revolutionary father who celebrated his 100th birthday, and Tchaikovsky (2).

Left: Japan Pavilion (1): The area was equivalent to 1/10 million of the national land, and consisted of five cylindrical buildings that imitated cherry blossom petals. One exhibition hall had a diameter of 58m and a height of 27m (3).
Right: Linear motor car (2): Drive in a circular orbit of 50m in the Building No. 4. The other exhibits were the large steel wall and large model of combinates of the Building No. 2, the “Four Seasons of Japan" by the Orgorama of the Building No. 3, the “Tower of Sadness" representing the suffering of the atomic bombing of the Building No. 4 (2).

Left: Inside the Mitsubishi Future Pavilion (2): Move 150m on a moving walkway called a “Travator." Man could enjoy the powerful images of “Japanese nature," “Japanese sky," “Japanese sea," and “Japanese land" projected on a three-dimensional screen using a mirror called Holly Mirror and a multi-faceted screen (2).
Right: Gas Pavilion (2): A pavilion with the theme of “The world of laughter" by the Japan Gas Association (3).

Swiss Pavilion (2): Consists of a huge decoration tree called “Tree of Light" and an exhibition hall. As many as 32,000 lights shimmered at night. It won the Architectural Institute of Japan Special Award (3).

Left: Roller coaster “Daidarasaurus" (2): There were five courses. The ride fee at that time was 100 yen (2). The amusement park “Expoland" survived until 2009, but was forced to close due to a fatal accident.
Right: Moving walkways (2): total length of 3.35 km, radiating from four entrances and exits towards the ”Festival plaza." A number of people fell over, probably due to the inexperience (1), (2).

Japanese professional baseball is on a break because of the Olympics, but the summer Koshien tournament will be held soon.

Hmmm, this time of year always reminds me of stupid baseball comics. My top three picks for the 70s are as follows.

1st place: “Astro Kyūdan" Original: Shirō Tōzaki, Drawing: Norihiro Nakajima (1972-1976, serialized in Weekly Shōnen Jump)
🥎I wondered how many volumes of books would be used for just two games against the “Lotte Orions" and their arch-rivals, the “Victory baseball team." I was addicted to the heat and the ostentation of it. “The Skylab throwing method" of the main character “Kyūichi" became popular in elementary school.

2nd place: “Apache Yakyūgun" Original: Kobako Hanato, Drawing: Sachio Umemoto (1970-1972, serialized in Weekly Shōnen King)
🥎A baseball manga written by Hanato Kobako who is famous for TV program “Hoso-ude Hanjyōki (means Frail arms Prosperity Record)." I only know the anime (1971-1972, NET series). In the last inning, the outfielder “Monkey" climbed up to the top of the scoreboard to catch a big flying ball from the “QL Academy" (!) batter, and the umpire declared “Game Set." It’s a home run according to the rules, so that’s stupid!

3rd place: “Samurai Giants" Original: Ikki Kajiwara, Drawing: Kō Inoue (1971-1974, serialized in Weekly Shōnen Jump)
🥎The anime of the Tokyo movie (1973-1974, NTV series) is famous, but the manga is fierce where the main character, Ban Banba, receives a dead ball from Enatsu (the great ace of the Hanshin Tigers) and is seriously injured, or he dies on the mound immediately after throwing due to too much throwing of magic balls.

This time, it is “Terochilus" using a Bullmark soft vinyl doll. The original looks like Masao Komatsu's “Shirake-dori (means unamused bird)," but if you color it properly, it will look like a monster.
Terochilus is a flying monster, but I couldn’t actually make it fly, so I used high-speed movement on a cart to express the image of flight. Moving around on the ground was not interesting enough, so I also made it to swing both arms, open and close its beak, and shake its head from side to side.
The dolly runs on tires with Tamiya's “Mini-motor Standard Gearbox" in the transparent box. The power comes from the external battery box, but is also supplied to the vertical long two bars. In order to move the arms and neck, the body of ”Terochilus” has a built-in “Universal Gearbox" which is powered by the bars. And the main body of ”Terochilus” can be removed from these bars.
The arm, beak, and neck movements all depend on the rotational motion of the crank arm attached to the 3mm output shaft of the “Universal Gearbox." Because the rotation axis of the arm is not parallel to the output shaft, a hard connector cannot be used to connect to the crank pin. So a soft rubber connector is used. The vertical movement of the crank pin opens and closes the beak, and the horizontal movement moves the neck left and right. Regardless of whether the movement on the dolly was good or bad, I think I was able to express the movement of ”Terochilus” itself as if it was a living creature.

No.21
・That joining a defense organization is too easy
・My favorite "Ultra" actresses
・Compatible monster "Leogon" appeared
Prev