Do you know the batter who hit the most beautiful home run in professional baseball?

What is it, suddenly? In the past, Sadaharu Oh, Katsuya Nomura, Hiromitsu Kadota, Kazuhiro Kiyohara, and Hideki Matsui were famous, and now Takeya Nakamura, Yuki Yanagita, and Kazuma Okamoto are famous. I think Babe Ruth, Hank Aaron and Barry Bonds are famous in MLB … 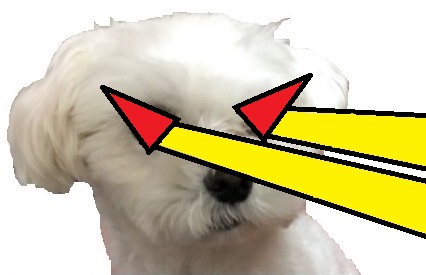 You are really a fool. Kōichi Tabuchi is the only slugger who showed us the most beautiful home runs!

For 13 years until 1974, Sadaharu Oh was the home run king, but in 1975 Tabuchi took the title from Oh. Tabuchi is a legendary slugger who hit a total of 474 home runs, but he has a strong image of the stupid character of the Anime movie “Do your best!! Mr. Tabuchi!!"

Tabuchi’s home run drew a beautiful parabola, so it took a long time to stand in. Therefore, I was listening to the live radio broadcast with excitement. Sadaharu Oh’s hit ball can be compared to a cruise missile because it’s a bullet liner orbit, but that of Tabuchi was exactly the trajectory of the ICBM. The Koshien Stadium, home of Hanshin Tigers, is famous for the beach breeze that blows from the right stand to the left stand, and Tabuchi’s hit ball drew a particularly beautiful trajectory when riding the beach breeze.

Does Kochi-power Research Institute also deal with the topic of professional baseball?

In 1974, Chūnichi Dragons blocked Yomiuri Giants from winning the championship for the 10th consecutive year, and Japanese professional baseball entered a new era. After that, the battle for supremacy between Yomiuri Giants and Hiroshima Toyo Carp intensified, but Hanshin Tigers, who threw out star players such as Tabuchi and Enatsu who is the legendary pitcher entered a long period of stagnation … I would like to convey the social situation and culture of the 1970s.

I understood that Professor’s stance is to introduce whatever memories are important to you.

Photo-A: Excerpted and edited from “Tigers YEAR BOOK 1974“
「I hear that Tabuchi cried in front of his friends with regret on the night when he lost the decisive battle with the Yomiuri Giants. I was surprised that Tabuchi, who was said to be a nobleman, had such a fierce side. For that reason, Tabuchi has a strong determination for this season. He has announced that he will take the title of home runs and RBIs from Sadaharu Oh and lead the Tigers to victory this year. His goal is to be a chance-resistant batter, who is required to be the main player of Tigers.
Photo-B: Tabuchi’s autographed colored paper (with professor’s name). This is a Kochi family heirloom.
Photo-C: Plastic model “Go ahead!! Mr. Yasuda!!" Yasuda was a rival of Tabuchi (Bandai: The ball in his glove is a hidden ball. It’s well done.)
※Just when I finished writing this article, I saw Takeshi Yasuda's obituary. He died of stomach cancer on 2/20 (73 years old). Mr. Yasuda, who was famous as a Hanshin Tigers killer in a skillful southpaw with outstanding control. Please sleep peacefully. Your “Penguins pitching" is forever immortal.

This time, I would like to introduce “Billgamo." This is the first monster that Kochijiro tried to remodel.
At the end of 2009, I fell in love at first sight with the “Kaijūkyō" brand “Billgamo" that was on sale at the auction and made a successful bid. At first I enjoyed watching it, but since “Billgamo" is a robot, I decided to modify it to make it walk.
“Billgamo" appears in episode 41, “Revenge of the Alien Baltan Jr." I didn’t like this story at first , but when I look back at the DVD now, I realize that this episode has a good taste. “Billgamo" is one of the few robot monsters in the second Ultra series, but unlike “King Joe" and “Crazygon" of “Ultraseven," his cute and friendly looks are attractive.


Photo-1 shows the soft vinyl disassembled, and Photo-2 and 3 show the drive unit. Although it is difficult to see in the photo, the walking system is based on the CUBE robot “CAM-10".
In order for both humans and robots to walk on two legs, it is necessary to move the center of gravity so that they do not turn over while standing on one leg. When CUBE’s robot raises the right foot, he balances by tilting the left ankle clockwise and tilting the body to the left. The same applies when raising the left foot. It is excellent that this is controlled mechanically instead of by computer.

At the time of completion, “Billgamo" was walking vigorously with his legs moving as shown in Photos-4 to 6 and leaning as shown in Photos-7 to 9, but recently he lost such power as shown in the video below. After disassembling and examining it, it was found that Tamiya's “Universal Plate" that fixes the drive unit was deformed by the force of the spring. As the “Professor’s one-point advice" suggests, self-made Toys must always deal with such “aging" and must not neglect regular maintenance.

Because soft vinyl is a soft material that does not require any special tools for making holes and cutting out, it is enough to prepare a drill and a cutter. In addition, it can be said that it is suitable for remodeling because it is well bonded with instant adhesive. However, since the strain due to temperature changes is relatively large, if it is modified in midsummer or midwinter, it may become stuck due to interference between the drive unit and surrounding members due to temperature changes after half a year. For important work such as gear positioning, it is recommended to work at room temperature close to the standard temperature (about 15 to 20 ° C). Also, since it is an amateur’s manual work, regular maintenance is indispensable to play for a long time. I try to use screws instead of glue so that it can be disassembled quickly in the event of a failure. The photo is a simple joining method that I thought of, and no difficult process such as welding is required for manufacturing. I would like to teach you how to make it at another time.

No.27
・3 more times until the end of the blog
・In the 1970s, the Hanshin Tigers failed to win the championship many times
・Bandai “Robocon” and “Analyzer Robot”
・Grand sumo tournament with soft vinyl monster dolls (5th-9th day)